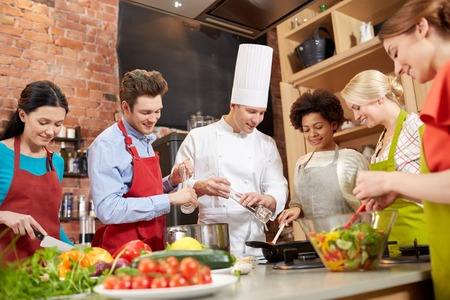 Have you ever eaten something that you thought was really healthy and then began reading the label to discover it wasn’t as healthy as you thought? Then, you’re thinking to yourself, hey, a Milkyway bar would have been just as healthy! One of the problems with a lot of the food we eat such as yogurts, granola, and so forth is that they are not as healthy as you may thing due to added sugar, which is the problem in most of the foods below and, which should give you a heads up when you make food choices.

Fruit and Yogurt Parfaits
• You should eat plain yogurt that contains only 11 grams of sugar, which is all naturally occurring (not added).
• Vanilla yogurt (8-ounce serving) in contrast can have upwards of 34 grams of sugar. About 2/3 of that sugar (23 grams) is generally added!

Granola Cereal
Generally, 1/2 cup of granola cereal has 12 grams of sugar and 300 calories.

If instead you consume ½ cup of whole, uncooked oats, you would eat only 0.4 grams of sugar and 104 calories. This means that almost all the sugar in granola is added. Thus, it pays to read the food-content labels.

Granola Bars
On average, a granola bar has 12.4 grams of sugar and 113 calories.

• Almost half of those calories come from sugar.
• 12.4 grams of sugar x 4 calories per gram is 49.6 calories of sugar

Thus, in terms of calories of sugar, women should have about 100 and men about 150 calories from sugar each day. And, remember what Dr. Tindall has said, “Sugar is the enemy of weight loss.!” One of the additional problems with common granola bar additions is the included honey, chocolate, dried cranberries, maple, brown sugar, and other sugary ingredients. This spikes the sugar calories even more.

Juice
Eat fresh fruit instead of fruit juice, which has less calories and less sugar.

• A 15.2 ounce bottle of grape juice can have 72 grams of sugar, some from added sugar.
• In contrast, one cup of grapes has 23 grams of sugar, and it’s all naturally occurring.

Even light (or lite) juices contain a lot of added sugar. The first two ingredients are oftentimes water and sugar. Another way to combat the sugar from juices is to pour ½ juice to ½ water in proportion. This limits the sweet taste by limiting the sugar and calories from it.

Oatmeal
Do you eat flavored oatmeal, (for example, ‘apples and cinnamon’)? If so, you’re probably getting as much added sugar as from granola.

Instead of brown sugar or other sweetener, add your own fresh apple slices, ground cinnamon, or other fruit to plain oatmeal for a healthier breakfast and no added sugar. It’s always healthier to go natural with a food like whole oat cereal than sugary corn flakes or similar.

Smoothies
Some smoothies contain as much as 80-90 grams of sugar! This is because of the common ingredients that often include:

Fresh fruit is always the best option for making smoothies and being liquid, a smoothie digests quickly and can be a booster for losing weight. However, you need to avoid all the added sugar from the syrup, yogurt, juice, concentrates, and/or ice cream mixed in with the fruit. Instead, try mixing protein powder and milk into your smoothie.

Salads
We should all eat more salads, however, if you order a salad to cut calories, you may be surprised to learn that many salads have more than 1,000 calories! Why? Because of the common ingredients, which typically include:

So, stick with basic green salads and order the dressing on the side so you can put it on to taste.

Tuna salad, chicken salad, and egg salad
Most of us love a good tuna or chicken salad. However, it is not the meat, cheese or even eggs in the salad that causes the problem. The real problem, like too much sugar above, is the added calories from fat from mayonnaise. As an example, every ounce (two tablespoons) of mayonnaise has 180 calories. Generally:

You should re-assess what foods you believe are healthy and delve into the nutrition facts of each. It’s always best to prepare your own food. Have a happy and healthy day.