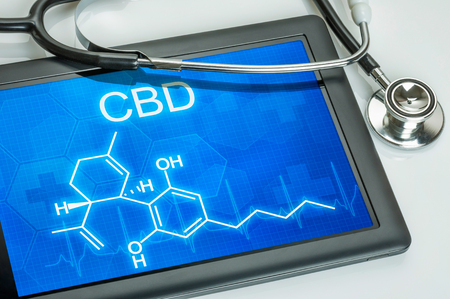 The World Anti-Doping Agency, or WADA, recently made a subtle change in their 2018 draft of the List of Prohibited Substances. Past iterations of the list described many dangerous drugs such as cocaine and others familiar to the average consumer. In January of 2018, a small footnote in the “cannabinoids” section reads “exempt: cannabidiol.”

When you think about it, given all the controversy surrounding marijuana and hemp, those two words represent millions of collective hours of effort and hard work by those in the hemp and CBD industries, and they represent the chance for not only healing but, protection. That protection is from addiction to pain killing drugs, which has become rampant within most collegiate and professional sports as athletes turn to these drugs to rid themselves of pain or conceal it and reduce the related inflammation before they step into the arena or field of play.

Thus, world regulatory bodies are coming around to the scientific truths surrounding cannabinoids like CBD and, it’s a step in the right direction. People around the world recognize the therapeutic benefits of CBD, which is proving to be almost a miracle drug in some respects, but it’s not a drug, it’s a full plant extract. Anecdotal evidence of its healing power are piling up daily – from autism to cancer and from psoriasis to pain relief.

Whether you’re a pro athlete, gym rat, or average fitness buff, you know that the day after an intense workout can be accompanied by stiffness and sore joints. You name it, and most have tried it, i.e., to relieve pain; hundreds of ways and methods in which most fall short. Whether it be aching muscles, sore back, sore neck, or sore feet anti-inflammatory drugs have been the norm for treatment- Ibupropin, Motrin, or Tylenol, as well as ice baths and Swedish showers. But, step aside drugs, a full-spectrum, plant extract is performing much better – CBD.
While all of the drugs listed above share the common goal of relieving pain and inflammation, CBD is now proving to relieve muscle aches and pains, limit inflammation, and boost post-workout recovery efforts of our immune system. The effects of CBD are powerful and now being experienced by people from all walks of life, whether the young, elderly or pro athletes.

As a practicing martial artists and instructor of brutal hand-to-hand combat techniques, I can testify to the effectiveness of CBD. It helps you heal and recover after such brutal practice and competition. Whether before a workout, brutal training session, competitive match, or after, CBD helps you recover quickly. You’ll feel better faster. One thing to remember is that if you decide to use CBD, purchase it from a reputable source where it has been legally grown, undergone federal testing methods, and that has been alcohol, not CO2 extracted. Much more information about CBD is given on the www.savehumanitynow.com website. Happy recovery. And, no, CBD will not make you high; it’s and extract with almost no THC.