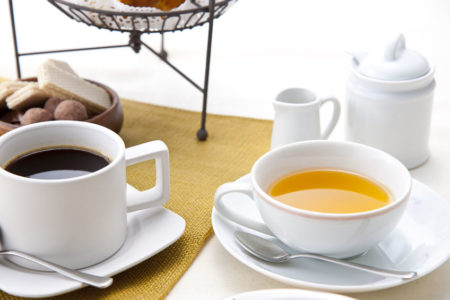 Almost every day we see articles about the benefits of coffee and tea in the headlines. Many of which tout the amazing benefits of either, but what are the benefits and is one better for you than the other.
I’m writing about this because on any given day at least one client, friend, or colleague asks me about it. Generally, the question is, what’s better: tea or coffee? So, is one better than the other health wise or, is it simply a matter of personal preference?

Are you ready for the basic answer? There is not a clear winner between the two. Let’s look at why.

Coffee
A recent study by Harvard stated that those who drink 3-5 cups of coffee a day are generally less likely to die prematurely from certain diseases when compared to those who drink no coffee. The consumption of coffee has also been linked to some protection against Type 2 diabetes, as well as Parkinson’s disease and others. Another recent study stated that drinking about 8 cups of coffee per day reduces one’s chance of getting cancer. Also, you should note that this amount of coffee intake will flag you if you’re an Olympic competitor, so stay below the 8-cup level. Overall, coffee is a good, rich source of antioxidants.

One of the downsides of coffee, particularly if you drink espresso types or boiled coffee is that some studies have shown that these types potentially raise cholesterol level, but only a little. And, if you have stomach and digestive problems/issues, coffee is more acidic than tea and can exacerbate these problems. In this instance, tea is likely a better choice for you.

When I developed the exercise protocol for deep-space astronauts for NASA, coffee was a concern because of its reputation for affecting bone density in a negative way sometimes reducing it as much as 4 percent. However, after multiple DEXA scans of program participants in the long-term protocol study, whose purpose was to keep bone density high and even increase it while in micro gravity during long-term space travel, we didn’t notice this to be an issue. Generally, weakened bones can lead to an increased risk of fracture such as in osteoporosis. If you are concerned about this, switch to tea and or discuss the issue with your physician.

While it is very common to drink coffee during the early morning and late afternoon, a great many drink it during late evening or at night, either to get the stimulated feeling or stay awake at their jobs or for other reasons. For myself, drinking it after about 4:00 pm will keep me awake. Thus, you need to recognize what drinking coffee does to you personally. After all, it is a stimulant and if you’re sensitive to it, you can become over stimulated, anxious or as my friend says, catch the jitters. This may be due to its effect on high-blood pressure since for those who have high-blood pressure drinking too much coffee can spike it. Also, some doctors will recommend against drinking coffee if you have heart or potential heart disease problems because these conditions slow the breakdown of caffeine, especially if you have more than about 2 cups per day.

As a note, if you’re going to be traveling on an airplane and don’t want to get up to use the bathroom every 30 minutes or so, you may want to reduce your coffee intake before the flight since it is a diuretic – it purges water from our body. Thus, avoid too much coffee since it may dehydrate you, which could be particularly troublesome if you live on the coast or inland and head to the mountains at high altitude for skiing and other recreational activities.

In addition to the coffee, there are all kinds of fancy additives such as flavored creams, etc. that you can add to your coffee, as well as all kinds of sweeteners; these should be limited if you’re worried about calories.
The average amount of caffeine in a cup of coffee versus tea is (data provided by Mayo Clinic):

Tea
Ask any health buff and they will go on and on about the long list of health benefits from drinking tea, especially herbal teas. As with coffee, tea is rich in antioxidants. But for tea there are health claims that says it will help prevent hardening of blood vessels as well as fight inflammation, help you sleep and so forth. Generally though, people who drink tea, seem to have a lower risk of heart disease and related strokes, as well as better brain health. Like coffee, those who drink 2 or more cups of tea per day appear to have a lower risk of age related memory decline. And, as we discussed about bone density for coffee drinkers, tea drinkers ten to have a slightly higher bone density and less bone loss. However, it should be noted that the advantage here ends if you’re a regular fitness buff since your exercises and overburden pressures related to them, greatly strengthen bones making if difficult if not impossible to distinguish bone density issues from drinking tea or coffee. 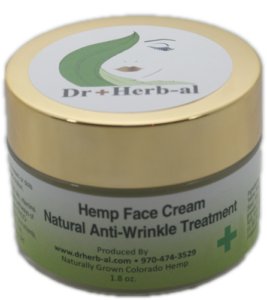 Other benefits state that tea has some anti-aging properties. This was determined by looking at the individual cells within participants and it was observed that those who drink more tea overall had a younger biological age associated with the cells.

So, there are good benefits from drinking tea as well. But, one of the very worst benefits of drinking tea, unless it’s the herbal varieties, is that tea stains your teeth significantly more than coffee. Tea also contains tannins. Tannins are a class of compounds in tea, especially black tea, which tend to have a bitter flavor and astringent properties. Teas high in tannins can be described as tannic. Tannins are naturally occurring and common and are an important component of red wine as well. They are also responsible for the dark color in some streams, as they are found in leaves and wood, and are released as organic matter breaks down. The name “tannin” originated in the historical use of these compounds in tanning animal hides to make leather. In tea, tannins are a type of antioxidant, which interferes with the absorption plant-based iron from foods like greens and beans. Generally, drinking tea versus coffee with a meal results in almost double the reduction in iron absorption from tea versus coffee, i.e., 60 vs 30 percent for tea versus coffee.

There are also those among us who could be sensitive to the caffeine in tea, due to its biochemical individuality, despite that it is lower in caffeine than coffee (see caffeine content in tables above). One of the biggest cons against tea use is the fact that a great many people who use teas, use too much sweetener per cup, whether sugar or honey, it doesn’t matter. Sugar is the enemy of weight loss so, if you’re a tea drinker, take care to sweeten with moderation. And, like coffee, tea can be enjoyed hot or iced – both still contain the antioxidants from the original bean.

Above, I mentioned the iron uptake issue. This isn’t a problem with the consumption of iron found in meats – fish, poultry, and beef. For those who are on a vegan diet, simply consume more iron rich plants – green leafy vegetables, as well as vitamin C. The latter is found in abundance in citrus, cauliflower, peppers, broccoli, strawberries and other vegetables. Additionally, herbal teas are not listed here because they lack caffeine to a large extent, but they are soothing and relaxing as well.

In Summary
Drinking tea or coffee is highly individual. I drink both, on the tea side mostly herbal and, I stay away from black teas due to staining of the teeth – drinking tea or coffee through a straw can help negate this staining. But, that is just a choice on my part. And, face it, most of us drink coffee and or tea because they both taste good and we like the buzz from the caffeine, as well as the relaxing, soothing feeling we get, especially from teas. They help get you going in the morning, give you a little energy boost in the afternoon to finish the work day, and help to keep you awake at night for those very long night shifts – yes, I’ve done those too. In fact, in the military there was a time when we were so shorthanded and worked 36 hours on and 36 hours off – coffee was a mainstay to remain alert on these long shifts. As a rule of thumb, cut your caffeine intake 6-8 hours before bedtime for a better sleep. But, most of all, whether you drink coffee and or tea, enjoy the beverages and the benefits they offer.