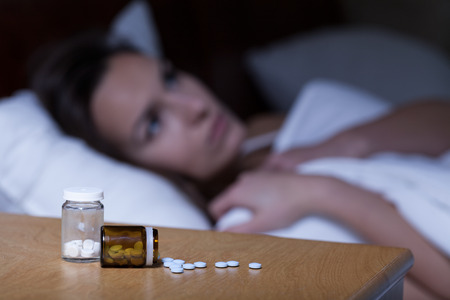 Are you like many people who suffer from inadequate sleep? If you do, you know that when you go to the gym after a poor night’s sleep that the workout can be poor and frustrating. This is because sleep is integral to your training. It has always been so and will remain the case.

Sleep is a very complex neurological phenomenon. Generally, the conscious mind is shut down during sleep, however, there are thousands of processes that are ongoing within your through regions of the brain. These processes include respiratory rate, heartbeat, as well as the consolidation of skills learned and long-term or short-term memories. And, as you know, there are different stages of sleep, especially healthy sleep. Each of these stages distinct and unique brainwave patterns.

Let’s looks at the two basic categories of sleep: REM and NREM. The term REM stands for Rapid Eye Movement; it is the sleep phase in which dreams occur and is characterized by rapid movement of the eyes. The other category of sleep – NREM – means non-REM and therefore encompasses every other phase of sleep. During NREM, there are, as far as scientists have determined, no dreams or rapid eye movement. During REM sleep, a typical brain scan will reveal brain waves and patterns that resemble those of an individual who is awake. This is simply because the subconscious mind is constantly processing all of the information that it absorbed during the day and recreating certain themes or emotions as dreams. Although, you may not remember these dreams.

How does CBD affect the Sleep Processes?
Cannabidiol (CBD) appears to function in many different areas of the brain. However, one of the primary benefits of CBD comes from its antagonization of CB1 receptors in the prefrontal cortex. The prefrontal cortex is the part of the brain responsible for higher thought processes, as well as cognition and is the part of the brain that contains two basic types of neurons – excitatory and inhibitory. What are these and what do they do?

Excitatory neurons, “go lights” for your brain (often termed green lights), receive signals from only one or two neurons. They then pass the received signal onto hundreds or perhaps thousands, which in turn, then do the same thing. The result is that this process significantly amplifies the signal and is responsible for substantial brain activity since there are billions of neurons in your brain.

Inhibitory neurons, “stop lights” for you brain (often termed red lights), work in the opposite way. The stop lights take signals from many hundreds of neurons, but they only pass it onto a few. This, as you may guess, significantly reduces brain activity, which is why the brain is good at modulating excitation and inhibition. This latter two processes can keep one level headed. However, if you become very frightened or angry, this whole process reverses.

From the explanation above, one can observe that CBD works by stopping the activity of “green light” neurons and boosting the activity of “red light” neurons. This is because CBD triggers the release of “red light” chemicals in “green light” cells, and the release of “green light” chemicals in “red light” cells. Interestingly, it does the same exact thing to both types of cell, but they simply respond in different ways to the presence of CBD. This is because the circadian rhythms of the brain regulate this process on a 24 hour basis. Therefore, CBD should be thought of as a lubricant for the complex circadian rhythm, allowing it to work its best.
How does CBD pertain to sleep?

We have already discussed that sleep is a very complicated function of the brain. And, while each of us have developed circadian rhythms (common among all people) that regulate our sleep and wakefulness, these rhythms are tied to daylight and eating patterns, as well as other processes in the body. Therefore, when there is over-excitation in the brain, especially in the prefrontal cortex, the ‘wake’ period of the circadian rhythm is prolonged. During this prolonged period, sleep is reduced. An overactive brain, daily stress, and the addition of stimulants like caffeine or ADHD medication can all cause this.

Cannabidiol has a balancing effect on your excitatory and inhibitory neurons in the prefrontal cortex of the brain helping to stabilize and better regulate your body’s natural circadian rhythms. Thus, CBD will help you sleep longer and more restful. Part of this process is accomplished by causing drowsiness by inhibiting the re-uptake of melatonin in the prefrontal cortex and, by stimulating the mood-boosting neurotransmitter – serotonin.