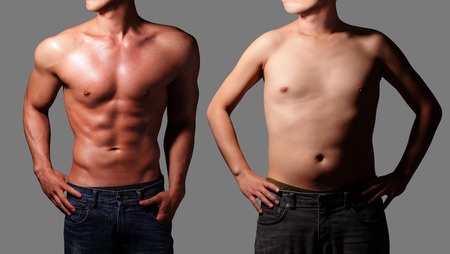 In survival, a positive mental attitude and visualization are keys to come out on top of any situation, whether facing a natural hazard, terrorist activity, or a street confrontation. These same two keys, especially visualization, apply to you and the weight you want to lose.

You must visualize the new you and what you want to look like. After all, a picture is worth a thousand words. The goal is to lose weight and keep it off. Following are 10 keys that will help you do that. Be prepared to carefully think about your goals that you have set, how you’re going to reach them, keeping a positive attitude and rewriting your own definition of success. So grab a note pad, sit down, and let’s get started.
The 10 Ways to stay motivated when you’re not losing weight include:

1. Visualize and write about your future self
You must create a clear mental image of what you want to look like, your goal weight, and how you’re going to accomplish it. Some easy things to initially consider are looking at comparisons such as what do you look like now? Where are you in your goals? Are your goals small enough to keep you working toward your end game or are they so big that you feel defeated trying to accomplish them? Visualize how you feel now versus how you’d like to feel. Visualize how fit you are now compared to how fit you wish to be. 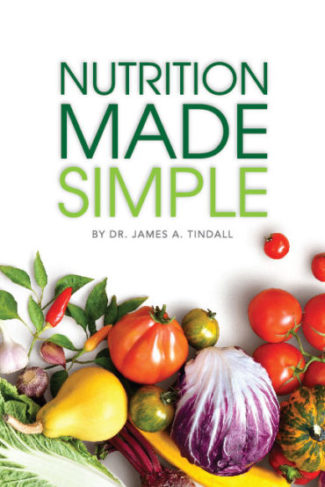 Visualize the pressure of telling your friends what you’re going to do and how long it will take you then, make sure you perform so that what you tell them comes true. You are creating positive images of what you’re going to do, how you’re going to achieve them, and what you will look and be like in the end. Professional ball players visualize sinking baskets, hitting balls, and making tackles in their mind all the time. Then, doing it on the court of field of play is the repeat of a movie they’ve watched over and over in their mind. You can use this same technique of visualization to accomplish your weight-loss goals. Visualize like you’re in it, the sounds, smells, tastes, etc. Start today!

2. Make a list of Great Reasons why you want a new YOU
Why do you want to lose weight and or be more fit? Write down all of the reasons why. You’ll be surprised at how many you can come up with. Post your list where you can see it daily, such as on the front of the fridge, to help keep you motivated. Why? Because, like brushing your teeth, which you need to do daily, so too do you need daily reminders to stay motivated.

3. View yourself as you are now and, as you wish to be
You are making a comparison of two scenarios. The first is how you are now; the second is how you wish to be. Doing so make it simple, either you pursue your weight-loss efforts and achieve the new you or, you don’t and remain as you are. Dr. Tindall is always telling his students and clients that, “one year or two or three will pass regardless of what you do, the big question is how do you want to use your time?” So, utilizing that advice, what will your life be like one year from today if you pursue your goals, exercise regularly, and live a healthy lifestyle by making the necessary changes to live it? Or, you can ask yourself, what will my life be like one year from now if I remain in my old habits?

4. Keep a positive attitude about losing weight
Often, when we don’t lose the amount of weight we want to or, we are not losing at all for various reasons, we get depressed or despondent about the process. Keep a positive attitude. Once your body becomes accustomed to a routine, it will remain the same without changing so, you need to constantly change things up. This includes the exercises you’re doing, food you’re eating, and so forth. To do this requires that you focus on the positive. Just because you’re not losing weight doesn’t mean that you’re not making progress. So, don’t get frustrated! Stay positive and the benefits and change will keep coming.

5. Set realistic behavior goals
Dieting and fitness are in reality, changes in your behavior if you’re pursuing them. Thus, to do well in both losing weight and having a healthier lifestyle, you need to set behavior goals. After all, it’s easy to say I’m going to lose 30 pounds by the New Year compared to say you’re going to exercise on Monday, Wednesday, and Friday for an hour a day and then, do it. The exercise is the behavior; determine to do something and then do it! You may just find that by changing your behavior and exercising 3-4 times per week that the pounds just start dwindling away. In reality, you do have much more control on the behavior than on the scale. So, set some behavior goals that are obtainable in small steps and work on them. Goals that are too big generally result in failure and you’re smarter than that. Remember the old adage, ‘those who fail to plan, plan to fail.”

6. Reward positive behavior
One of the things that many do it go on a card board diet. Well, not really, but they change their nutrition so much that food is no longer as tasty as it once was. The goal is not to change drastically all at once, but little by little – small steps. In the process of all the goal setting, changing behavior and exercise time, you need to reward yourself for achieving your goals one by one. And, even though you’re not losing weight at the moment, reward yourself for staying positive. Reward yourself for the efforts and hard work. What did you achieve in the gym tis week? Were you able to exercise a little longer, was your heart rate a little lower, what good result did you achieve? There will be something so, even though you’re not losing weight. Reward yourself and take time to reflect. This may be a small ice-cream cone or a trip to your favorite coffee house as you make more small achievable goals to help you stay motivating and persistent.

7. Rewrite your definition of success
In a great many ways, many of us may want to look like the latest muscle man or woman, but quickly realize that we don’t have time to spend 8 hours per day in the gym. So, emulating these people is not realistic, hence, you need to rewrite your definition of success. For example, success in weight loss is not just about losing weight, but in living a healthier lifestyle and keeping the weight off. Consideration of the process in this manner changes the original definition of success. Therefore, success could mean exercising one hour each day for 3 days a week for three weeks. It could mean noticing small changes in your body from your new-found exercises and goals or, decreasing dosage of medications you may be taking, not going to a fast-food chain for one month, generally feeling better overall, or a host of other changes. All of these should alter and allow you to rewrite your definition of success and change the way you think about success. 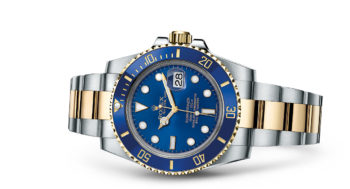 Let’s look at two examples. First, the movie star Samuel Jackson; he began as most do, with small roles in 1972. The first one being in Together for Days. He slowly worked up the ladder rung by rung. In 1991 he appeared in a Law & Order episode and in 1992 in the Patriot Games with Harrison Ford and James Earl Jones. I’d say his first major film role was likely in the movie A Time to Kill, co-starring with Mathew McConaughey and Sandra Bullock. From then on, his roles became bigger and bigger. His roles have made him a household name. From 1972 until 2018, Samuel Jackson has worked persistently at his craft and yes, changed his behavior, set goals, and achieved likely, more than he ever imagined he would. He has worked at his craft for 46 plus years. Do you ever think he felt frustrated?

As a second example, one in fitness, we need look no further than Arnold Schwarzenegger. At the age of 20, in 1967 he won Mr. Universe (Amateur). Before that in 1965 he won Junior Mr. Europe. And, his accolades in fitness go on and on. But, he rewrote his own definition of success and went on to become a movie mogul, as well as governor of California. The point is, both gentlemen rewrote their definition of success and it is likely they have gone further then ever they would have imagined. The mentality that persistent exercise, goal planning, positivity, and other attributes develops in you will carry on into everything else you do. These two men are excellent examples of it. As a note, observe how long it took for each to reach the initial pinnacle of their career. Do not get frustrated by time. What is your definition of success?

8. Keep a ‘small success’ journal
If you truly wish to succeed, write your goals down and mark off the successes. Write down each success and how you achieved it. List the things you do well, things you are proud of, challenge and obstacles you overcome and how and, don’t forget to list the positive changes others have noticed about you as well. Above all, list those things that helped you most in your weight-loss goals and how you did them from exercise to nutrition. Your success journal will help you pinpoint the highlights of how you achieved your goals and how to keep pursuing them. To be successful at this journal, set aside 5-10 minutes each day, preferably at the same time to reflect and make notes. Remember success is generally achieved by small steps, many of them, not simply on just your weight loss.

9. Evaluate your expectations
What are your expectations for weight loss. If I told you I was going to lose 50 pounds in three months would that sound realistic to you? Of course not, because that is too much weight loss in too short a time span. Thus, utilize real expectations and obtainable goals. To lose one pound of weight generally requires burning about 3,500 calories and, an average workout day for most would burn around 400-500 calories or, roughly a week to lose a pound. Healthy weight loss is 1-3 pounds per week, no more than 5. So, reasonably, if you cut your calories a little and wanted to lose 20 pounds, by exercising frequently it would take about 8 weeks or more.

10. Do not be a scale watcher
Do not be a scale watcher. Often, people weight themselves every day and then become more and more frustrated because their weight does not seem to change. Daily weighing just puts pressure on you unnecessarily. Weigh yourself once per week and that is enough, perhaps every 10 days. Why? Whenever you begin a new exercise or nutrition program, it takes a few days to a week before you will notice if things are changing, especially your weight and, calories don’t just melt away daily. So, take a deep breath, stick to your plans and goals and hit the scales once each week or 10 days and perhaps make a graph of weight by date to help you visualize your progress over time.